On one of the magical days of your life, what a better theme than Harry Potter!!

Every once in a while you get a bride-to-be say something that fills your heart with a thousand smile, and that’s exactly what happened when I received an email from Siobhan.

She said “I’ve been following you for a few years on facebook, but haven’t had a need for wedding stationery until now, and you were the first person I thought of!”

Siobhan and Matt were due to be married at St Michael’s Church, Heckfield in Heckfield with their reception to be held at the beautiful Highfield park, but they wanted their wedding stationery to follow a subtle theme that would become more obvious on the day.

Siobhan and Matthew focused on Harry’s Owl, Hedwig, taking one of my old designs that she had seen and changing their invitations to feature owls instead, to just hint to their guests at what was coming up on their big day… mixed with their colour scheme of green and pink for their wedding at Highfield Park, Heckfield   back in 2015.

When we asked Siobhan if she had sorted her table plan and she said “oh yes!”,  boy had she sorted her table plan. This epic piece of craftmanship involved a hand drawn map with multiple pages to fold out and each individual guest had an envelope with another handdrawn map guiding them to their seats. What a masterpiece!

On the day photography by Darren Matthews Photography – www.sdmimages.co.uk 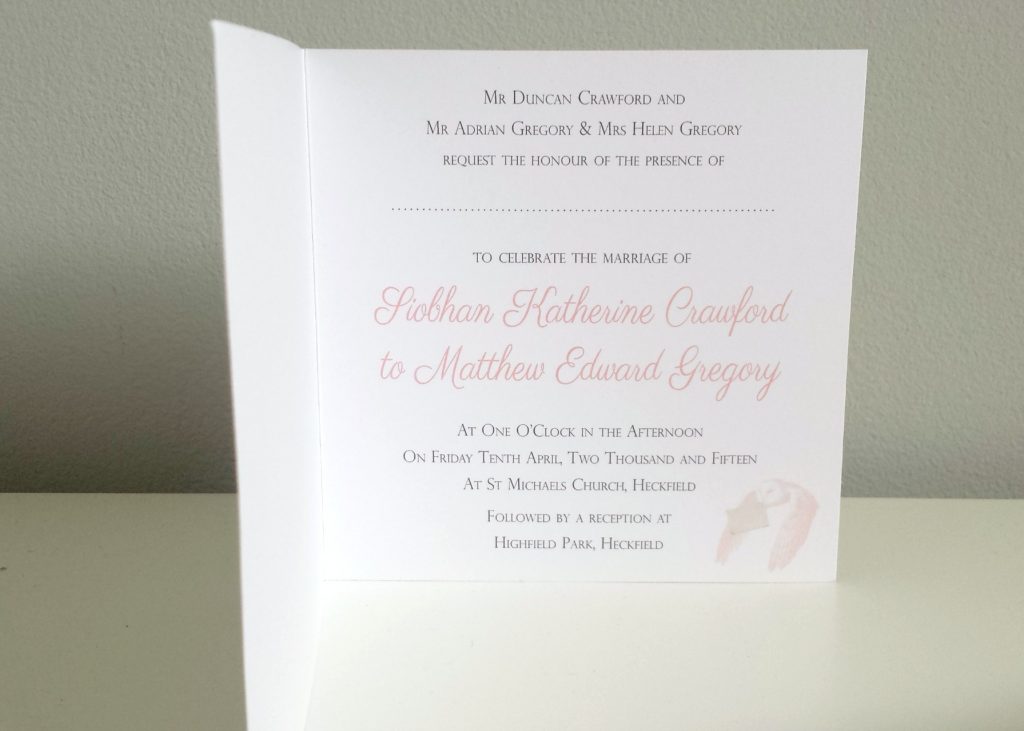 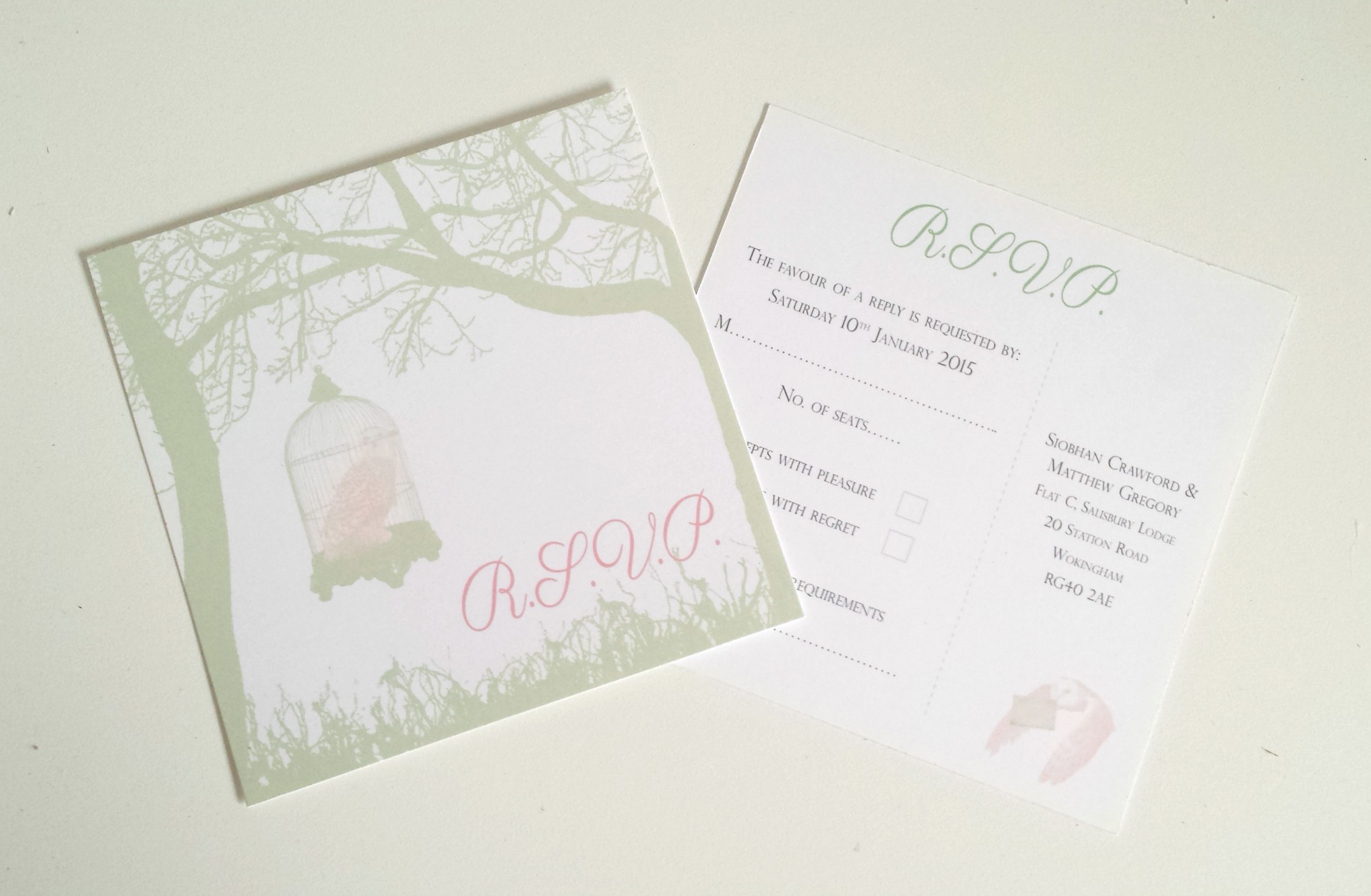 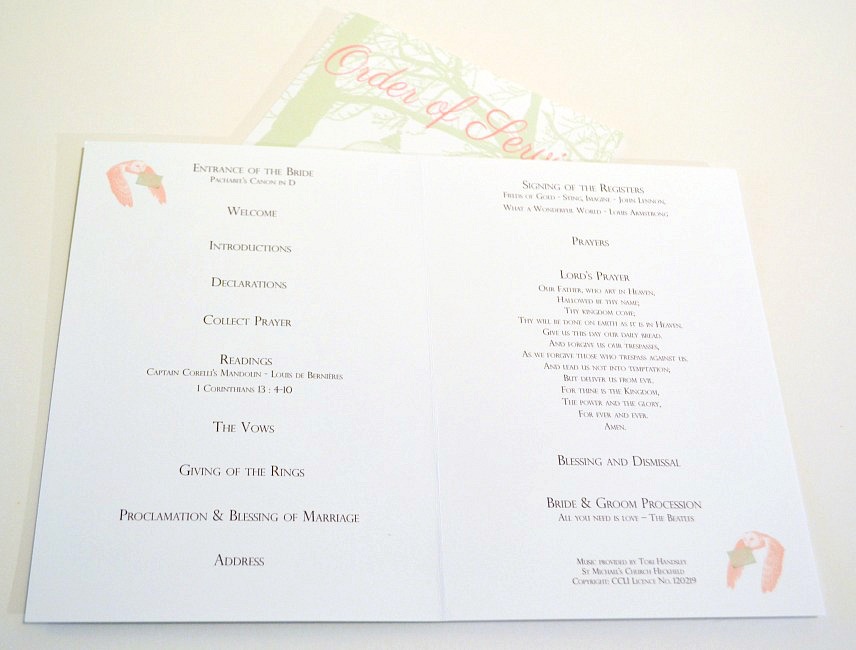 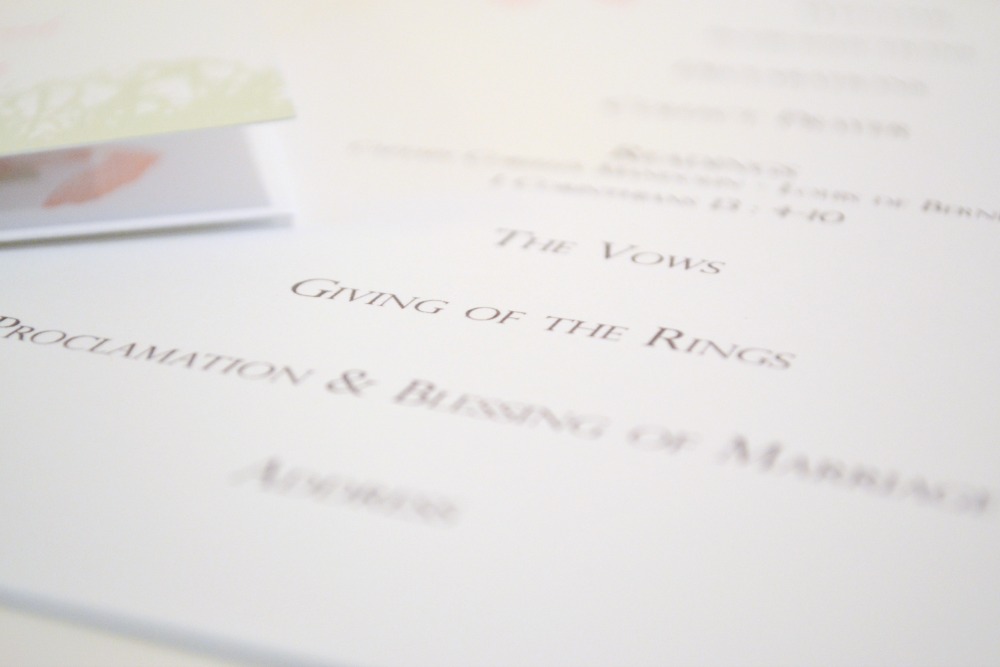 Grace and Bramble works along side each client to create beautiful and bespoke wedding stationery, including unique and hand finished save the dates, invitations and on the day designs.

Providing a personalised service from start to finish, we are based in Berkshire, UK and work from our home studio creating stationery which goes out across the globe.